We welcome all SME/MSMEs (Micro Small and Medium Enterprises) and startups of Meghalaya to join and showcase their potential and value. We will be happy to promote your initiatives without any cost. Contact Us – team@a2zstartup.com 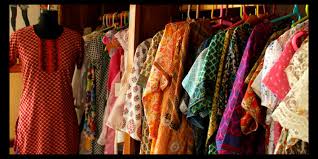 Bumbum design studio is a small designer boutique based in a rural town called Kharkutta in the North Garo Hills of Meghalaya. Bumbum designs studio is started by Bilseng, a fashion design graduate and Shreya Debi, a fashion and lifestyle accessories graduate of National institute of Fashion Technology (NIFT), New Delhi, its specialty are women & kids wear.

We invite other startups/MSMEs to share your information with us, a2zstartup will help you in its promotion…

A mobilization of partners for the Mega Credit camp for Pradhan Mantri Mudra Yojana scheme was held on 30th Sep in the District Auditorium, Tura of Meghalaya. The Micro Units Development and Refinance Agency Ltd (MUDRA), was launched by the Prime Minister Mr. Narendra Modi on 8th April, with a corpus of 20,000 crore and a credit guarantee corpus of 3,000 crore.

The scheme (MUDRA BANK) is an innovative way of funding small businesses and entrepreneurs, under the scheme, three loan components have been framed appropriately named as ‘Shishu’ covers loan up to Rs.50,000, ’Kishor’ covers loans above Rs. 50,000 and up to Rs. 5 lakhs and ‘Tarun’ which covers loans above Rs. 5 lakhs and up to Rs. 10 lakhs. The Deputy Commissioner, West Garo Hills District, Pravin Bakshi participating in the launching ceremony of the scheme described the event as another ‘landmark day’ in the endeavor of State and Central Government towards the welfare of small time business houses and entrepreneurs as it would now enable them to avail medium term loans without needing to go through the long and complicated processes and documentations, adding that the Yojana will not only create a positive holistic impact in micro entrepreneurship development but will also provide an efficient credit delivery system to all small and micro businesses.

Chenggalma, a village in North Garo Hills district is selected under Sansad Adarsh Gram Yojana scheme. The scheme is turning Chenggalma into a model village by 2016 when it would fulfill the criteria.

Let’s take a look at some important aspects of Meghalaya:

Meghalaya, with an average annual rainfall of 1,150 cm, receives the highest amount of rainfall in the country. The diverse range of soil types, including red-loamy and laterite, support various agricultural crops like rice, maize, pulses, oilseeds, cotton, jute and mesta. Meghalaya has a strong floriculture sector and is one of the leading states in the Northeast in terms of production and supply of cut flowers to mainland consumer markets. About 14 per cent (3,108 square kilometres) of Meghalaya is covered by bamboo forests, and the state is one of the leading bamboo producers in the country.

Of the 6,000 medicinal plants in India, 834 plants, including the famous Himalayan Yew, are in Meghalaya. Moreover, the state has eight of the top 20 medicinal plants that are traded in the country and are in high demand. Meghalaya has a hydroelectric power potential of around 3,000 megawatt (MW), of which only 510.45 MW has been utilised so far. Meghalaya, with abundant deposits of coal, limestone, kaolin feldspar, quartz, granite, industrial clay and uranium and a small deposit base of sillimanite, bauxite, base metals and apatite has great industrial potential. Meghalaya, one of the most picturesque states in the country, has two National Parks and three wildlife sanctuaries. It offers many adventure tourism opportunities like mountaineering, rock climbing, hiking & trekking, water sports, etc. Agro-processing, horticulture, minerals, tourism, electronics and IT have been identified as thrust sectors for development and promotion. The state provides excellent institutional support through various central and state government agencies, namely North East Council, Ministry of Development of North Eastern Region, and Meghalaya Industrial Development Corporation.

Economic Aspects of Meghalaya: Meghalaya is predominantly an agrarian economy. Agriculture and allied activities engage nearly two-thirds of the total work force in Meghalaya. However, the contribution of this sector to the State’s NSDP is only about one-third. Meghalaya’s gross state domestic product for 2012 was estimated at ₹16173 crore (US$2.4 billion) in current prices. As of 2012, according to the Reserve Bank of India, about 12% of total state population is below poverty line, with 12.5% of the rural Meghalaya population is below the poverty line; while in urban areas, 9.3% are below the poverty line.

Agriculture: Meghalaya is basically an agricultural state with about 80% of its population depending entirely on agriculture for their livelihood. Nearly 10% of the geographical area of Meghalaya is under cultivation. Rice is the dominant food grain crop accounting for over 80% of the food grain production in the state. Other important food grain crops are maize, wheat and a few other cereals and pulses. Besides these, potato, ginger, turmeric, black pepper, areca nut, tezpatta, betelvine, short-staple cotton, jute, mesta, mustard and rapeseed etc. are some of the important cash crops. Besides the major food crops of rice and maize, the state is renowned for its horticultural crops like orange, lemon, pineapple, guava, litchi, banana, jack fruits and fruits such as plum, pear and peach. Grains and staples production covers about 60% of the land area dedicated to crops. Climatic conditions in Meghalaya permit a large variety of horticulture crops including fruits, vegetables, flowers, spices, mushrooms and medicinal plants. These are considered to be higher value crops, but home food security concerns have prevented farmers at large from embracing them. The important fruits grown include citrus fruits, pineapples, papayas, and bananas. In addition to this, a large variety of vegetables are grown in the state, including cauliflower, cabbages and radishes. A large variety of spices, flowers, medicinal plants and mushrooms are grown in the state.

Industry: Meghalaya has a rich base of natural resources. These include minerals such as coal, limestone, sillimanite, Kaolin and granite among others. Meghalaya has a large forest cover, rich biodiversity and numerous water bodies.

Electricity infrastructure: Meghalaya has abundant but undeveloped hydroelectric resources. Meghalaya with its high mountains, deep gorges and abundant rains has a large, unused hydroelectric potential. The assessed generation capacity exceeds 3000 MW. The state also has large deposits of coal, thus being a candidate for thermal power plants. Several projects are under works. The proposed Garo Hills thermal project at Nangalbibra is expected to generate an additional 750 MW of power. There is a proposal for setting up a 250 MW thermal power plant in West Khasi Hills. The State Government aims to increase its power generation output by about 2000-2500 MW, of which 700-980 MW will be thermal based while 1400-1520 MW will be hydro electricity. The State Government has outlined a cost-shared public-private partnership model to accelerate private sector investments in its power sector.

Road Network: Meghalaya has a road network of around 7,633 km, out of which 3,691 km is black topped and remaining 3942 km is gravelled. Meghalaya is also connected to Silchar in Assam, Aizawl in Mizoram and Agartala in Tripura through National Highways. There are many private buses and taxi operators who carry passengers from Guwahati to Shillong. The journey takes around 3–4 hours. Day and night bus services are available from Shillong to all major towns of Meghalaya and also other capitals and important towns of Assam and north-eastern States.

Railway: Meghalaya has a railhead at Mendipathar and regular train service connecting Mendipathar in Meghalaya and Guwahati in Assam, has started on November 30, 2014. The Cherra Companyganj State Railways was a former mountain railway through the state. Guwahati (103 km from Shillong) is the nearest major railway station connecting the north-east region with the rest of the country through a broad gauge track network. There is a plan for extending the rail link from Guwahati to Byrnihat (20 km from Guwahati) within Meghalaya and further extending it up to state capital Shillong.

Aviation: State capital Shillong has an airport at Umroi 30 km from Shillong on the Guwahati-Shillong highway. A new terminal building was built at a cost of Rs.30 crore and inaugurated in June 2011. Air India Regional operates flights to Kolkata from this airport. There is also a helicopter service connecting Shillong to Guwahati and Tura. Baljek Airport near Tura became operational in 2008. The Airports Authority of India (AAI) is developing the airport for operation of ATR 42/ATR 72 type of aircraft. Other nearby airports are in Assam, with Borjhar, Guwahati airport (IATA: GAU), about 124 km from Shillong.