a2zstartup.com is an initiative to promote Indian startup ecosystem. We have 28 states and 8 union territories and each one state is known for something special. Entrepreneurs of our states like Assam, Manipur, Meghalaya, Mizoram, Nagaland, Sikkim, Tripura, Arunachal Pradesh and Jammu and Kashmir are eager to participate in mainstream. We welcome all MSMEs (Micro Small and Medium Enterprises) and startups to join and showcase their potential and value. We will be happy to promote your initiatives without any cost. Contact team@a2zstartup.com

Start-up is an organization formed to search for a repeatable and scalable business model. The characteristics of startup culture attract new age entrepreneurs as it provides a smooth entry to real business. Start-up India, Stand-up India campaign is initiated by our government to encourage real business. 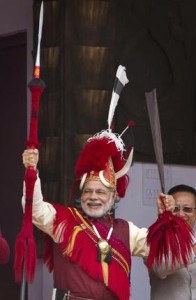 The ‘Team India’ Approach of our PM has created a fresh air and environment for growth. Very first time government is working towards development of Jammu & Kashmir and Northeast states at large scale. Would like to quote here Mr. Narendra Modi’s statement “This is Team India, a team of 125 crore Indians. This is the team that makes the nation and takes our nation to new heights”. This year government has restructured the NITI Aayog, the newly-created NITI Aayog will have specialized wings including ‘Team India’. The Team India Wing will comprise representatives from every State and Ministry and serve as a permanent platform for national collaboration. The government plans to invest around Rs.92, 000 crore for infrastructure development in the country’s northeast, given it’s strategic and economic importance. Under SARDPNE (Special Accelerated Road Development Programme for the North-East), Rs.35, 000 crore is proposed to be invested to develop the trans-Arunachal highway and for connecting all district headquarters by a two-lane highway (about 6400 km). New rail network is being created in addition to strengthening the existing network at a cost of Rs.57, 000 crore. Similarly, investments are being taken up by the telecom, power, civil aviation and shipping ministries in order to improve the connectivity—air, road, rail and Internet—of the region, internally as well as externally under the Act East policy of the Union Government. In Jammu & Kashmir, government has announced highway projects worth Rs 25,000 crore, the Centre has also proposed to set up two satellite (dry) ports in Jammu and Kashmir to facilitate “direct import and export”…

Pradhan Mantri MUDRA Yojana is playing a significant role for MSME/Startups; it is a Govt. of India Scheme, which enables a small borrower to borrow from banks, MFIs, NBFCs for loans up to 10 lakh for non-farm income generating activities. Generally, loans upto 10 lakh issued by banks under Micro Small Enterprises is given without collaterals. Micro Units Development and Refinance Agency Bank (or MUDRA Bank) is a public sector financial institution in India. It provides loans at low rates to microfinance institutions and non-banking financial institutions which then provide credit to MSME’s…It was launched by Prime Minister Narendra Modi on 8 April 2015. The bank will classify its clients into three categories and the maximum allowed loan sums will be based on the category: Shishu: Allowed loans up to Rs.50, 000, Kishore: Allowed loans up to Rs. 5, 00,000, Tarun: Allowed loans up to Rs. 10, 00,000.

Northeast Venture Fund – In the month of April 2017, Ministry of Development of North-Eastern Region (DoNER) has launched Northeast Venture Fund a dedicated venture capital to promote entrepreneurship in the region. The size of the fund would be Rs 100 crore and investment will be limited to a minimum of $39K (INR 25 Lakhs) and a maximum of about $1.5 Mn (INR 10 Cr). For more information visit: NEDFi

This space will cover information related to starting a venture in these states, we invite all Startups/MSMEs to share information about your venture or state with us and we will be happy to promote that:

Note: In August 2019 the Parliament of India passed a bill which will reorganize the state of Jammu and Kashmir into two union territories, one to be called Jammu and Kashmir, and the other Ladakh. It will be effective from 31st October 2019. We have updated the number of States and UTs mentioned in the page accordingly.