“Net Neutrality” is good for trend makers and trend lovers, but this idea is irrelevant in business. Net is a result of invention/technology and spectrum is a business asset. Neutrality does not exist in any form of business, therefore this so-called “Net Neutrality” is not an issue. There is a need to have trust in responsible authorities that they will maintain the balance between consumer and provider. Every government across the world supports Net Neutrality for its own reasons but at the end, being a responsible government they will always balance. And to maintain harmony in the society all governments encourage talks and discussions, such encouragement is nice. 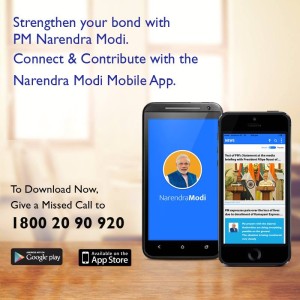 On Net Neutrality, our IT Minister Ravi Shankar Prasad’s recent statement is that “Government is committed to the fundamental principles and concept of Net neutrality and strives for non- discriminatory access to Internet for all citizens of the country, government has constituted a committee, which has submitted its report to the DoT. The Telecom Regulatory Authority of India is also engaged in consultation process covering the issues related to Net neutrality, whose recommendations are awaited. Based on the committee report, comments and suggestions received and recommendations of TRAI, government will take a considered decision on various aspects of Net neutrality in the best interest of country.”

Facebook Zero, Airtel Zero, Internet.org, Google Free Zone, Wikipedia zero and Alliance for Affordable Internet etc. all these platforms that are criticized for violation of Net Neutrality are results of improvisation for the sake of business expansion. Such improvisations create a little bit of corporate clashes and trend like Net Neutrality. A middle approach suggested by respective authorities will eventually help these entities to work for mutual benefits, which will be good for the consumer too. Our government is taking serious steps in this direction and this consultation by TRAI and research by DoT is the right way to deal with this.

There are some people/groups that are highly concerned about Net Neutrality and raising their voices through best possible ways, they need to maintain some patience. TRAI chairman Rahul Khullar’s statement on Net Neutrality is that “shrill voices will not win the debate and the concept is not practiced strictly even in countries like the US and the UK. There are different practices in different jurisdictions. UK and parts of Europe do not practice strict net-neutrality. Even in US zero rating plans are permissible. There has to be democratic debate. Cool headed reasoned arguments on both sides are need of the hour; there are passionate voices on both sides of the debate. And if that was not enough, there’s a corporate war going on between a media house and a telecom operator which is confounding already difficult matters. We have consultation process running. Let everybody’s comment come in place, then we will decide further course of action.”

Here I would like to quote Mr. George Gilder’s statement “Everything on [the Internet] is changing minute by minute and the idea of establishing a level playing field, as if all bandwidth is homogeneous, is just ludicrous”. He argues that net neutrality will make the Internet “more litigious” and “perilous” for free enterprise.

I’m sharing some interesting links on latest happenings in US: